Adrienne Grierson is a documentary filmmaker who suffered all her life with appalling digestive trouble. At age three she started to have recurring tonsillitis until she had them removed, along with her adenoids at the age of eleven. Personally she would rather have kept them. Undoubtedly there were many antibiotics involved over those years.

By twenty-three Adrienne had IBS, was lactose and gluten intolerant and suffered crippling gut pain. Over the years travelling all over the world she also contracted giardia four times. Or was it lying dormant and appearing when she was vulnerable? With a vulnerable gut she was always battling other offenders that get an opportunity when the eco-system is damaged and fungal and parasite issues were rampant and a daily grind of trying to manage them.

The past fifteen years were somewhat problematic. Adrienne would get an infection, take antibiotics, feel well and healthy when taking them and then as soon as she stopped, she felt ill again. This set up a strange pattern of working hard and being focussed while on antibiotics, then losing momentum when she stopped.

A final round of infections in 2015 left her bedridden for two months. In desperation she started researching again and found fecal transplants. Instantly she knew replacing the damaged eco-system was a significant piece of her complicated puzzle.

It has been a lifetime of study and she has been her own science experiment. This has enabled Adrienne to produce a comprehensive work in It Takes Guts:The Microbiome Revolution.

Her quest for knowledge, borne of her desire to get to the bottom of her own digestive problems, has made her an excellent consultant to be able to navigate and help others to the root of their issues, guiding them to a place of health and wellness.

Brian graduated from the National Film and Television School with an MA in Cinematography in 2009. His graduation film BLACKWATER went on to be screen at many international festivals and picking up awards in Greece and LA, as well as being selected for Camerimage.

His first feature was the BFI-funded gay coming-of-age drama DEPARTURE, shot on location in the south of France and opening at the London Film Festival. Brian also shot the Film London-funded short Balcony which won over 25 awards including a Crystal Bear for Best Short Film at Berlinale and Best Cinematography at Sulmonacinema in Italy.

More recently, Brian shot the Film London-funded short NIGHT OUT which won the London Calling 2018 showcase and Best British Short at Leeds International Film Festival. He also collaborated with Beniamino Barrese on cinematography for the documentary THE DISAPPEARANCE OF MY MOTHER which premiered in competition at Sundance in 2019 and has already picked up several awards.

He has shot numerous commercials, fashion films and music promos

Always inspired by ideas and stories that could transform how we see and live in our world, Tales has being working with documentaries since 2009 participating in shorts and feature films as well in web & TV series covering racial and gender issues, also covering environmental, political, economical and art subjects. Tales has also worked extensively in fiction films, TV and web series.  Based in São Paulo, Brazil, Tales participated in the production sound recording of projects like "Meu Corpo é Político" (dir. Alice Riff), "Frans Krajcberg: Manifesto" (dir. Regina Jehá), "Parece Comigo" (dir. Kelly Cristina Spinelli), "Transando com Laerte" (Canal Brasil), and many others 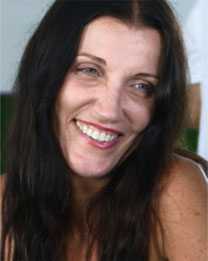